Can you eat bamboo? Yes! Bamboo has been eaten for thousands of years. We have prepared a list of species that can be grown in the USA and eaten by you! Each edible species has been rated on tastefulness and productivity. Productivity refers to the speed at which it grows and the abundance of shoots it will produce for you. Bamboo shoots should be prepared properly to ensure they are safe to eat, read more about harvesting bamboo shoots. 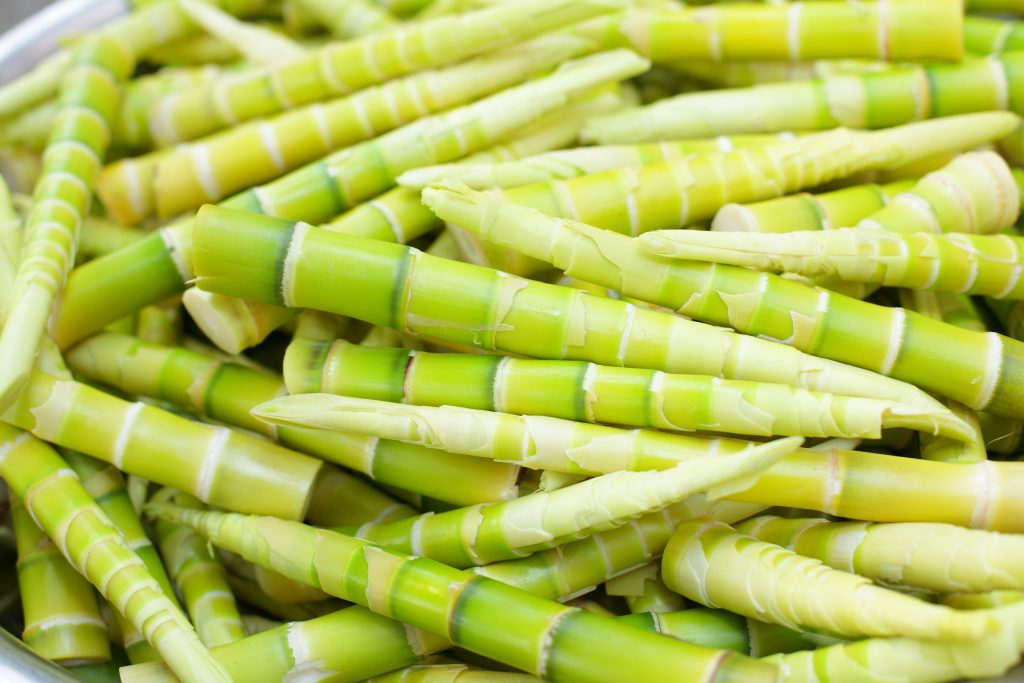 A correspondence from 1915 between Edward Mcllhenny, one of the pioneer’s of bamboo in the United States, and David Fairchild, American botanist and plant explorer…

P.S. I served these Moso bamboo shoots at one of Mr. Graham Bell’s “Wednesday evenings,” a soirée at which there were present about forty men and several well known society women. The number of shoots was so limited that each guest got only a few thin slices, but they were very crisp and of good flavor, and the butler who tended to the cooking of them remarked that he had never cooked a vegetable which during the process of boiling gave off such a delicate and nutty aroma. This is the first time that this aroma has been called to my attention. Have you noticed it? I believe sincerely that if properly advertised and properly exploited, the bamboo shoots could be sold profitably on the American market. I should like to try again next year a larger number of shoots, if possible. Full Document

Click on the species name to read more about each species and get started growing your own shoots!