These are some of the common varieties of plants commonly mistaken for bamboo. These plants have some of the appearance of bamboo but are quite different plant categories. 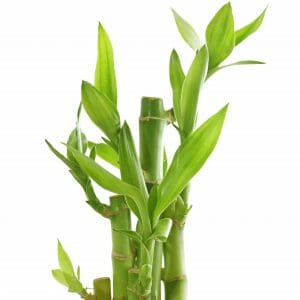 This is not bamboo of any form. It goes by the name “Lucky Bamboo” and is Dracaena Sanderana it belongs to the Liliaceae. It does not belong to any of the 76 documented genera embracing over 1200 species of bamboo worldwide. The common name is Lucky Bamboo or million bamboos. It has been a common “good luck” gift. It grows best in soil but is often sold with the roots in water. The plant just needs to be kept wet and out of direct sunlight. It gets its’ common name because it resembles bamboo in appearance, with segmented stems, but it is not a bamboo at all. We don’t sell them, but you can buy on Amazon. 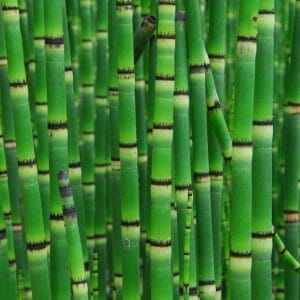 Also called Snake Grass and Puzzle Grass. Commonly called horsetail because of the appearance of many of the varieties. It can also present in green segmented stems absent of foliage. It is also commonly called candock for the branching varieties and scouring-rush for the unbranched or sparsely branched species. 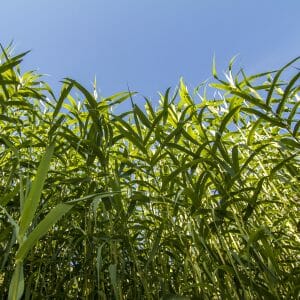 This is a tall perennial cane that can have a corn like appearance. Can attain a size up to 20-30′ tall and 1.5″ in diameter. It rapid growth has made it an attractive planting for energy and cellulose crops in many markets. Also used extensively for woodwind reeds. 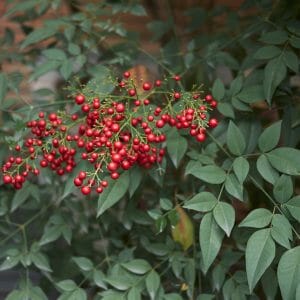 It also goes by the name of sacred bamboo. However, it is a shrub of the Barberry family (Berberidaceae). It can attain a height of 6′-8′ tall with evergreen foliage. The plant is categorized as poisonous because of high concentrations of hydrocyanic acid. 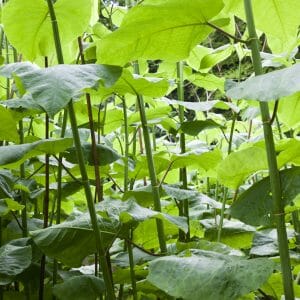 Syn. Polygonum cuspidatum, Reynoutria japonica. Belongs to the Polygonaceae family. Has the bamboo appearance of raised nodes with hollow stem structure. Considered a weed and invasive by many countries. It is on the world’s 100 worst invasive species and is definitely not bamboo. 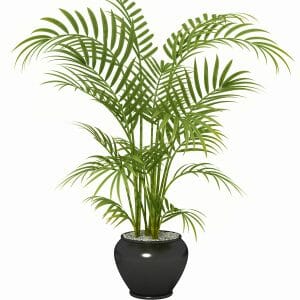 This plant is a clumping palm that can grow to about 10′ tall. Very similar in appearance to bamboo. Suited for tropical and subtropical environments, native understory plants in rainforests. Typically used for container plantings. 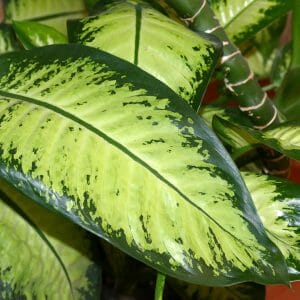 Dieffenbachia is the genus. There are 56 different species in this genus. It presents like bamboo in the fact that it has a straight stem with simple alternating leaves. It is a tropical flowering plant that is typically only cold hardy to 41°F. Because of the cold hardiness, it is typically only used as an indoor container plant. It is native to the New World tropics and named after Joseph Dieffenbach (1796-1863).